What You Can Learn from the Most Successful Guerilla Marketing Campaigns

There are those in creative marketing who like to imagine that there’s still any such thing as an original idea left. There really isn’t. You can put a fresh spin on something, you can combine different ideas in interesting ways, but whatever idea you might be developing for that new campaign, it’s a safe bet that somebody has done something similar before. Maybe not in your industry, maybe not recently, maybe not quite as you intended to do it, but somebody’s done something like that.

Instead of trying in vain to come up with something novel, embrace this notion and look to other guerilla marketing campaigns for inspiration. As long as you’re not outright swiping someone else’s ideas, as long as you’re putting your own spin on it, it’s not hard to take an old campaign and turn it into something new without stepping on anyone’s toes. 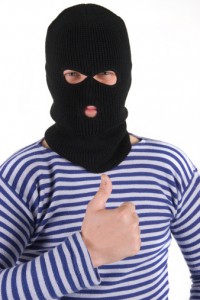 Here’s an idea if you want to create work that will really capture the eye of a creative recruiter: keep a scrapbook of sorts, or at least a list of bookmarks, of your favorite guerilla marketing campaigns and public initiatives. Go over them when you’re stuck for ideas and see if you can put your own spin on something. Maybe those loaner bicycles you read about would be a great way to advertise the brand of bottled water you were hired to sell, or sponsoring some popular Youtube channels would be a smart way to get your product out there.

Guerilla marketing is about doing more with less, and though novelty can be a help in this field, sometimes taking a proven tactic and putting a new spin on it is more than enough.