A Look Back at the Champs of Innovative Redesign 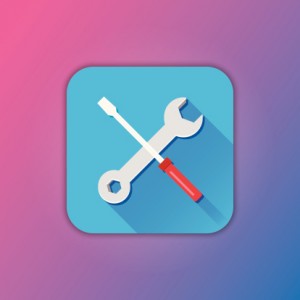 It’s instructive to take a look at the most outstanding redesigns of 2013, and see what they tell us about changes in user expectations. Whether these design changes were fueled by an evolving visual trend toward simplicity, or by the need to increase accessibility, they indicate the vector of web design careers in coming seasons.

According to Mashable, the advent of adaptive and responsive site-building methods means that designers and developers have a new level of collaboration. Sophisticated analytics give real-time feedback on which types of sites are most favored by users, while the trend toward visual simplicity is linked to the explosion of mobile devices. Below are some examples of recent innovations made by the web’s leading influencers; they range from subtle tweaks to complete ground-up renovation, but they all illustrate the emerging digital environment.

A move toward minimalism

Many logos have been streamlined and simplified, partly in order to show up more easily on smaller screens and partly because there’s an aesthetic trend in the direction of flat, simple iconography. One example of this trend is Mozilla’s Firefox logo , which has enhanced its blue/orange color contrast and removed some of the previously visible fur details. The high-gloss look was also removed from the top of the globe, in keeping with a general trend away from shine, gloss and bling. Facebook simplified its already-minimal logo by removing a faint white bar from the bottom and shifting the “f” slightly downwards. It also streamlined many of its other page logos (privacy, security, developers, and more), eliminating design details and rendering them all in only its trademark blue and white. Google has a particularly interesting visual track record of increasingly ironing down and flattening its classic logo.

The New York Times revamped its online experience, providing a more intuitive environment for readers. Pagination has been removed and multimedia components have been integrated into the article text. Additionally, the entire website now features a responsive design, so that the same elements will be visible to readers using every type of device. Flickr also rolled out a new configuration for its interface, although the changes have not been uniformly popular. Google’s auto-complete search suggestions for “Flickr redesign” include “awful,” “bad,” “terrible,” and “disaster,” and the online conversations tend to be fueled by outrage.

The best weird word to hit general circulation recently, “skeuomorphism” refers to designs that retain obsolete visual elements. Steve Jobs was said to be a fan of this visual principle, and it has been prominently featured in many Apple applications. With the arrival of IOS7 — arguably 2013’s most famous redesign — such images as iBooks’ little wooden bookshelves and iNotes’ lined notebook paper have disappeared, leaving clean flat screen icons. The flatness enables new layering functionality, with translucent screens communicating new three-dimensional navigation concepts.

New York City’s official website underwent a complete facelift that opens it up to its population of real users. While the old design was overwhelmingly text-heavy and cluttered, its new home page features flat bright colors and simple icon buttons. Understanding the priorities of its citizens, the most frequently sought information (such as whether schools are open, and how to access the city info line) are prominently placed. Finally, the site is offered in 72 different languages, which combines legitimate functionality with a clear branding of NYC’s rich cultural identity.

Taking note of these redesigns is crucial for professional designers looking for a job. The combination of artistry and engineering has never offered more career potential! Contact us today to learn more.