How to Improve Mobile Banner Ads 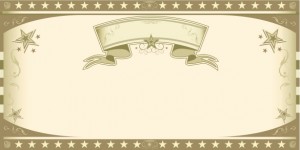 The proliferation of mobile devices has resulted in a greater number of mobile banner ads, many of which have considerable room for improvement.

How to Improve Mobile Banner Ads

The primary problem with these ads is the small viewing area of mobile devices, which often results in tiny, under-pixelated banner ads. People in web design careers must realize that this type of mobile banner ad provides limited value for the users and typically pulls them out of their mobile experience. The changes that will get mobile users to pay attention to mobile banner ads include better targeting, increased use of video and greater interactivity.

An article on HubSpot reports that 2013 was the 8th consecutive year that mobile developers have designated as the year of mobile advertising. Mobile users are developing a close relationship with their mobile devices due to the variety of needs they fulfill, such as dating, working and eating. For many users, their mobile device is the last thing they use before going to sleep and the first thing they use when they wake up. However, mobile advertisers are still interrupting this seamless experience with banner ads that are uninteresting and unhelpful. Advertisers aren’t monetizing their banner ads efficiently despite the skyrocketing use of mobile content. Tiny, poorly targeted ads will never hit their mark and allow advertisers to establish their brand with mobile users. so the question still remains: How to Improve Mobile Banner Ads?

Mobile ads must maintain a tight focus on the user to be cognitively engaging. These ads need to be fully immersive with what the users are already doing on their mobile devices, since mobile users interact with their devices more intimately than with televisions or even desktops. A mobile banner ad can’t be a scaled-down version of a desktop banner ad because the screen on a mobile device simply doesn’t have room for the cinematic-style videos that are common with desktop ads. Strive for mobile banner ads that have simple animation without a lot of bells and whistles.

A tap-to-interactive banner ads launch a video after the user taps the banner ad, which is most effective for engaging your strongest prospects. Tap-to-interactive ads often use two videos. The first video is short, with a duration that’s no longer than a traditional 15-second clip. Users who are still engaged after viewing this video can tap the video to play a longer video, typically five minutes or more. This video allows the advertiser to provide more detail on the product and typically provides a high degree of interaction with the user.

Contact us today to learn more. Thank you for reading our blog on “How to Improve Mobile Banner Ads”.