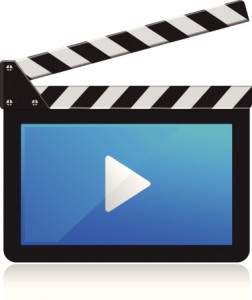 Twitter rolled out its new Vine app in January, and its popularity is already snaking across the Internet, revolutionizing online video along the way. The mobile app, which is currently downloadable via iTunes for iOS, allows folks to create and share brief, 6-second videos. Twitter says the super-short time span “inspires creativity,” and various industries have already found it does much more.

On the News Front

The news’ notorious “New York minute” has been cut – to a global 6-second peek of news virtually anywhere. News outlets have already embraced the Vine app to cover everything from bombings in Turkey to fashion week in the Big Apple, according to a Business Insider report.

The Today Show has employed the app for promotional teasers, although other television news outlets are still lagging. Citizen journalists, however, can easily pick up the slack. Vine throws the doors of opportunity wide open for snippets on newsworthy events from anyone with access.

On the Entertainment Front

Concerts, ballets, plays and other theater productions can get a boost of exposure, offering a kind of sneak peek that may lure more patrons. While PBS reports some theater insiders are already murmuring about the poor video quality or potential disruptions the app may cause, others are gung-ho.

Shorenstein Hays Nederlander theaters chief marketing officer Scott Kane says that sharing snippets of a production can only serve to generate more awareness. “And at some point,” he told PBS, “shows are going to realize that what is captured and shared in the theater is more impactful than the shows’ multimillion-dollar print campaigns.”

On the Marketing Front

That same coveted word-of-mouth exposure and social media sharing through Vine is already kicking its way into the advertising and marketing arenas. Zooppa.com highlights several major brands that have hopped on the Vine to determine how the app fits into their video marketing strategy. Players include Dove, Nordstrom, Malibu Rum and the good ole golden-arched McDonald’s. Others noted by Business Insider include MTV Style and People magazine.

Start-ups, too, are taking advantage of the app, according to Mashable.com. They’ve produced everything from pitch videos to product demos, from fast facts to office bloopers.

On the Job Front

Those quick to embrace Vine may find themselves quick to land in a sea of film editor jobs if the app keeps chugging at its current full steam ahead. As Vine further establishes itself as a sought-after tool for promotional, news and social purposes, Vine video producers and editors may be in equally heavy demand.

It takes a specific type of creativity to produce a compelling video that lasts all of 6 seconds, with high recognition going to those who can give people what they tend to enjoy on social networks. And what do people enjoy?

An online social editor and early Vine devotee tells Business Insider that stop-action is popular, as are other videos that meet certain criteria. “It seems like things that are clever, funny and that are high-effort seem to do the best,” he says. Contact us today to learn more.

Ryn G is a freelance writer available on WriterAccess, a marketplace where clients and expert writers connect for assignments.