Right or Left Brained? Thinking Like a Successful Designer 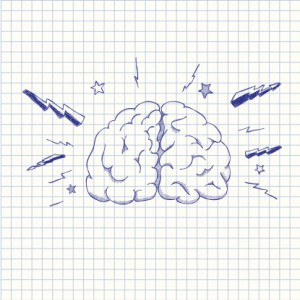 Are you one of those people who believes that web design careers are only for “certain types”? Have you become convinced that unless you’re a left brained individual gifted with analytical thought and logic you simply won’t cut it as a web developer? Or what about the attributes that right brained people claim ownership of – creativity being among the most valued and envied. Can you make it as a web designer without this? As it turns out, it takes a little bit of both to think like a successful designer.

Web Designing with Your Left Brain

What’s truly interesting is that, on the surface, people tend to view a web designer as fully right brained individuals. But those who are in the business know that there’s a lot more to creative design than just knowing what colors look good on what background and what layout will be the most effective at catching the eye. As a web designer, you have to be analytical. You’ve got to begin each and every project with a logical approach that will accurately capture the results your clients are seeking, or you’re sunk before you’ve even set sail. There is a mathematical approach to web design that has to be adhered to, otherwise the end result is going to be all over the place in terms of efficiency.

Web Designing with Your Right Brain

Leaning more heavily toward a right brained orientation can be incredibly useful, especially when it comes to the area of thinking outside the box and coming up with bold, fresh ideas. If you take a look around at the vast number of websites in existence, the internet seems to be teeming with evidence that outside the box thinking is either a rarity, or something not frequently pursued. The truth could be in the middle there somewhere – but nobody doubts that more often than not, giant leaps in web design trends are usually made by individuals willing to take a risk on an entirely new approach to design. Having the ability to unleash your creative spirit and deliver something that’s truly new, unique, and (dare we say?) revolutionary can go a long way toward making you an in-demand talent.

A Good Web Designer Requires a Bit of Both, Left and Right

So what types of individuals were meant to be web designers? There’s just no answer to that question. The fact is, efficient web design requires a healthy mix of both in order to work on a logical and creative level. This should come as no surprise to anyone. After all, variety is the spice of life.

The great news is, there are a lot of extremely smart people out there who disagree with the whole left brain / right brain theory. So much so that they’ve called it “bunk” and “a myth.” If you’re breathing a sigh of relief, be aware you’re not the only one doing so. There are plenty of professionals who have been relieved to discover that creativity and analytical thinking aren’t as mutually exclusive as previously thought. And even those who do still subscribe to the split brain theory say it’s entirely possible to train your brain to be adept to either. So regardless of what your belief is, there is hope. And with hope comes the realization that you don’t have to be any certain “type” to be a successful web designer.

Now that you’re all out of excuses, there’s no reason not to leap headlong into your pursuit of a career as a professional web designer. Get your start by checking out Artisan Talent, a creative staffing agency that pairs up web designers, web developers, coders and developers, social media experts, graphic designers, technical writers, and marketing specialists with companies that are searching for their services.