Marketing to the younger generation has always been a challenge, long before the invention of the internet and the mobile revolution that followed. They’re a wily bunch to predict, those crazy kids, but they’re also one of the most powerful and influential demographics – and just about every business owner in the world would love to have a slice of that monetary action. This has left many to wonder: what can the average small business do to appeal to teenagers if social media sites like Facebook are no longer proving effective? And is it true that teenagers are leaving social media behind? 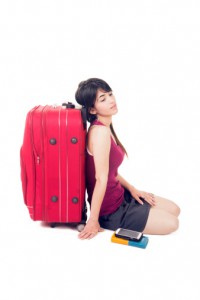 Let’s answer those questions one at a time. First, let’s take a closer look at the perceived problem. Depending on who you ask, teenagers are either leaving social media in droves or have just gotten bored with it. There’s a big difference between the two – and the truth is, it’s not necessarily all gloom and doom for the purveyors of social media marketing. The bottom line is, the rumors of the death of social media for everyone under 20 have been greatly exaggerated.

In order to really appreciate that, you have to get into the mindset of the young. For example, if they say something’s “dead” that doesn’t mean it’s actually gone belly-up. It’s a term that can also indicate “boring.” So there you have it, clue number one.

For clue number two, consider where the news is coming from. Recently, Facebook made the comment in their annual 10-K report released in February that fewer teens were using the most popular social media platform on the planet.

This does not mean that teens have abandoned social media altogether. To the contrary, it indicates an increased appetite for social media platforms found elsewhere. Services like Instagram (which Facebook owns) and blogging platforms like Tumblr have increased in popularity among the pre-20 crowd almost in direct proportion with the decreased use of Facebook. In other words, teens are bored with Facebook. And as anyone who remembers what it was like to be young and rebellious, this is likely a reaction to the explosion in popularity of a site that was once considered the cool alternative to MySpace.

The news can be read as both good and bad. For marketers who have put all of their eggs into the Facebook basket, it’s bad news. To those who choose to experiment across a wider range of social media platforms, it’s good news because it means they’ve got their bases adequately covered and their efforts will continue to pay off. Herein lies the answer to keeping young buyers interested and engaged: by continuously pursuing alternative social media avenues and not relying on any single service to promote your business.

For more tips on social media marketing (ie Marketing to the Younger Generation) and to learn how to remain ahead of the online marketing curve, visit www.artisantalent.com. Artisan works to bring business owners and marketing professionals together, posting frequently updated resumes and freelance marketing opportunities for those seeking employment. If you are a business owner looking to hire the help of freelance marketing firms to boost your online visibility, Artisan can also help. Contact us today to learn more.