The Importance of CTAs in Internet Marketing 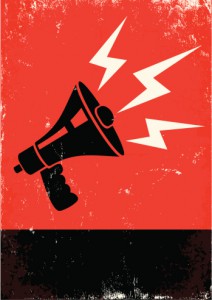 Calls to action (CTAs) are items on a website that prompts a user to perform some action. It is typically a text or graphic that invites users to click a button which takes them down a conversion funnel for the purpose of making a sale. CTAs are an essential part of freelance marketing opportunities because they actively attempt to convert a user into a sales lead with the eventual purpose of converting them into a customer.

Freelance marketing firms routinely monitor the effect that CTAs have on users, especially their ability to obtain new customers in social media. The conversion rate is one of the most common methods of measuring a CTA’s effectiveness. This calculation is the number of clicks on the CTA divided by the number of times the CTA was viewed, and is typically expressed as a percentage. Websites often contain more than one CTA, which allows the most successful one to become the default CTA for that website.

The Internet Advertising Bureau provides the results of research on CTAs performed by YouTube in 2010. This study illustrates the need for marketers to use CTAs in online advertising such as social media content. The subjects of this study included 3,000 users in France, Germany and the United Kingdom who used Facebook and YouTube. The primary purpose of the study was to obtain these users’ opinions on branded content. A key statistic resulting from the 2010 YouTube study was that 60 percent of the people who “liked” or “shared” a brand were not yet customers of that brand. The study also showed that 75% of the users who “liked” or “shared” a brand felt more positive about that brand after doing so.

The study also showed that social media users often shared competing brands at the same time. About 41 percent of Facebook users shared competing brands, while 35 percent of YouTube users did so. These statistics demonstrate the importance of using creativity and specific objectives when implementing CTAs. Marketers who advertise on social media sites such as YouTube should use CTAs that capitalize on the perceived attributes of these sites. It is also important to note that only one-third of Internet users use both sites. Furthermore, these users tend to view these sites in distinctly different ways, meaning that marketers should customize their CTAs for each site.

Social media is becoming crowded with brands, which presents a challenge for marketers who wish to distinguish their brands from those of their competitors. The fickle nature of social media users means that marketers can expect better results with stronger CTAs. About 28 percent of Facebook users who visit branded pages do so to receive special offers, while the corresponding figure for YouTube users is 20 percent. CTAs that offer promotional incentives may therefore be an effective strategy for distinguishing a brand on social media sites.

Bruce Daisley ran YouTube’s advertising business in the United Kingdom during 2010. He stated that the YouTube study shows that social media sites can assume different roles in allowing marketers to implement their social strategies. However, he added that content ultimately determines whether a user will like a particular brand.

Amy Kean, former head of the IAB’s council on social media, added that the term “social media” is often used in too general a sense to be useful for marketers. She said that these sites often have unique traits, which requires advertisers to understand each site’s personality so they can fully engage consumers. This uniqueness underscores the need for a CTA to have a concrete objective.