Introducing The Internet of Things 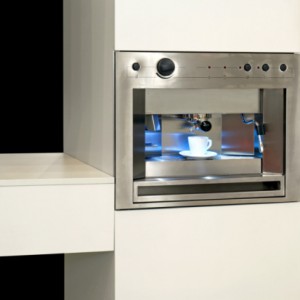 Maybe you’ve heard the phrase before. Maybe it’s entirely new to you. If the latter applies, scoot closer. You need to know this because it might help you better understand the constantly evolving nature of the internet itself – an invention that some say has been the single most important advancement since humans first harnessed fire. Or the invention of the wheel. Hype aside, there’s no denying the implications that the invention of the conduit through which you’re reading these words now has had.

“The Internet of Things” is, at its heart, something of a vague concept that seems to have different meaning depending on who’s using it, and why. Like most important inventions, it’s taken on a life of its own ever since the words were first uttered (probably typed, actually) by a guy named Kevin Ashton in 1999. Here’s a bit of background on it.

According to this 2009 article, Ashton – who co-founded the Auto-ID Center at MIT – describes The Internet of Things by saying: “Today computers – and, therefore, the internet – are almost wholly dependent on human beings for information. Nearly all of the roughly 50 petabytes (1,024 terabytes) of data available on the internet were first captured and created by human beings – by typing, pressing a record button, taking a digital picture or scanning a bar code. Conventional diagrams of the internet include servers and routers and so on, but they leave out the most numerous and important routers of all: people. The problem is, people have limited time, attention and accuracy – all of which means they are not very good at capturing data about things in the real world.”

Ashton goes on to say, “If we had computers that knew everything there was to know about things – using data they gathered without any help from us – we would be able to track and count everything and greatly reduce waste, loss and cost. We would know when things needed replacing, repairing or recalling and whether they were fresh or past their best.”

Confused? Don’t be. He means well. He’s just so incredibly intelligent that it takes us mere mortals a little while to catch up with his train of thought. At its core, The Internet of Things is a concept that comes from the mind of a brilliant futurist. Ashton is basically envisioning the potential of something – the Internet – that the vast majority of people now use for trivial purposes. Like keeping in touch with friends or posting funny cat pictures.

The idea that the internet itself is still in its infancy is something that a lot of people have difficulty wrapping their minds around. After all, it’s so huge. There’s such a wealth of information to be found that it boggles the mind to think we’re only scratching at the surface. But if you take a look at some of the parables that have been thrown up in front of us in movies like The Matrix, you begin to see what the guy was (and still is) getting at.

“We need to empower computers with their own means of gathering information,” Ashton adds, “so they can see, hear and smell the world for themselves, in all its random glory. RFID and sensor technology enable computers to observe, identify and understand the world – without the limitations of human-entered data.”

It’s about embracing the inherent possibilities of an interconnected world sharing knowledge, experiences, and information for the betterment of life. Gartner describes it as “the network of physical objects that contain embedded technology to communicate and sense or interact with their internal states or the external environment.” Now imagine how that could impact everything from human health to the way you communicate with others.

It’s a mind-blower, for sure. And it’s something everyone should be familiar with.