The Life and Work of David Ogilvy 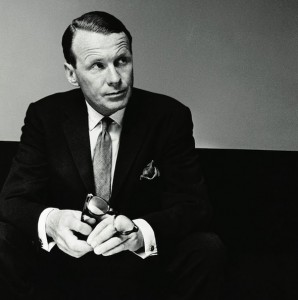 If you’ve never heard of David Ogilvy, consider it time to get acquainted with the man known as The Father of Advertising. Whether you’re a seasoned marketer or someone just getting into the game, looking back on the life and work of David Ogilvy can be an inspiration to achieve success, develop a strong work ethic, and tap into hidden abilities you might not otherwise know you possess.

Birth of a Legend

David Ogilvy was born in Surrey, England in 1911. Proving that an individual doesn’t have to come from rich blood to go far in life, Ogilvy – whose father was unable to pay for his college tuition as a result of a poor economy – was able to go to college on the strength of two scholarships he was awarded. After leaving college early, Ogilvy embarked upon a new career at the age of 20 as a chef in a hotel, but ultimately found success as a door to door salesman. He was so successful, in fact, that his employers asked him to pass on his skills to other salesmen. In answer to the challenge, Ogilvy wrote an instruction manual that documented his sales practices. Years later, it would be named one of the best instruction manuals of all time.

Direct advertising is precisely what it sounds like. It’s the practice that many businesses still employ to this day – and to highly lucrative ends – of marketing directly to customers. This is accomplished by sending out mailers, handing out flyers, and in the era of the internet has taken on something of a new life. Email marketing and targeted advertisements, including social media marketing, are all forms of direct advertising. Ogilvy often called direct advertising his “secret weapon” – one he stumbled across early in his career when he decided to mail postcard invitations directly to names in the local phone book to advertise the opening of a new hotel in London.

Ogilvy eventually launched his own advertising firm in 1949. His early struggles to find clients, however, resulted in the development of some of Ogilvy’s most effective methods of advertising. Chief among these was the principle that information about the consumer was one of the most useful tools in any kind of marketing. He also developed an unparalleled work ethic, believing strongly that the best method of reeling in new clients was to do superlative work for existing ones – again proving the theory that word of mouth is one of the most effective self-marketing tools.

David Ogilvy published several books about advertising – one called Ogilvy on Advertising and another called Confessions of an Advertising Man. Both were understandably wild successes, considering his proven ability to market like few others before him. Throughout his career, Ogilvy often shared the four principles he believed were essential to achieving advertising success: creative brilliance, research, professional discipline, and offering results to clients. Ogilvy passed away in 1999 at the age of 88, but today these principles are just as important as they were during his time – and up-and-comers in the modern world of online advertising could learn a lot by studying the inspiring credos Ogilvy left behind.

For more inspiring stories of industry giants and to pick up valuable tips on how you can achieve success in your chosen industry, register with Artisan Talent. Whether your goal is to become a fulltime interactive designer or if you’re simply looking for a freelance web designer job, Artisan can provide you with a roster of companies seeking your services. You can also increase your visibility by posting your resume or portfolio for potential clients to discover. If you’re ready to move up to another level of professionalism and earnings potential, contact us today to learn more.