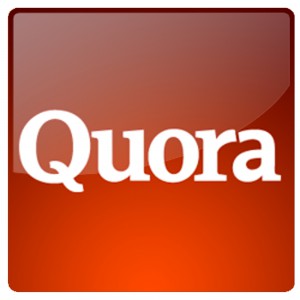 Some internet habitués love it while others hate it. However, many online commentators are simply shaking their heads in confusion about the changing identity of Quora, the social media website known for massive troves of Q&A information on everything from the arts to user-interface computer design.

Birth of a Crowdsourced Blog Nation

The company started life in 2009 as a user-generated website primarily crowdsourced with IT professionals. That’s why it is a particularly rich source of information and networking opportunities for the techies, such as a UI designer or web designer.

As it grew massive and broader in topic matter, Quora became what one fan has described as the “love child of Wikipedia and Ask Jeeves.” As the website TechCrunch notes, Wikipedia strives for objective content whereas Quora offers “subjective answers to popular questions.”

Recent changes show that Quora hasn’t quite decided what it wants to be when it grows up. In late December 2012, it also became a blogging platform for users who select their own topics instead of just responding to questions.

TechCrunch quotes company founder Adam D’Angelo as hoping to make Quora an “internet-scale Library of Alexandria” in which users from around the world share their knowledge.

Zena Applebaum of 3 Geeks and a Law Blog says that although Quora is subjective, it can be an important research tool providing access to people’s opinions about current issues. She likens time spent trolling its topics to a visit to the office “water cooler.” According to Applebaum, it is a good place to eavesdrop and gather viewpoints applicable to her legal work.

The online publication Slate, which is known for well-written journalism, likes Quora so much that it regularly reprints answers to Quora questions. These may include serious, quirky or entertaining questions such as:

Some users also favor Quora as a career booster or a place where they can find talent. For example, Speckyboy Design Magazine says that answering questions concerning web-design issues on Quora can help a freelancer build business by becoming perceived as an authority.

It can even help a tech-needy reader who wants to hire a web designer. One question posted at Quora, to which UI and web designers replied, is “How do you find a great UI designer for a webapp/startup?”

But Quora isn’t as seamless or undemanding to use as social media sites such as Facebook and Twitter. Nor is it as easy to search or retrieve information from as other knowledge-base publishers, including Wikipedia and eHow.

Critics particularly dislike certain roadblocks that Quora sets up for users on mobile devices, such as requiring smart phone owners to download an app in order to access the site.

Quora even publishes a page titled “What turns people off about Quora” where one user complains that vapid content from celebrities is gaining ground over quality content from non-celebs. Others complain about “limited critical mass” of content in many of the topic areas, feeling unrewarded for posting good information and trouble in tracking answer threads.

Still others damn it as a “time waster” in much the same way that all social media sites are criticized. But the questions on Quora are spelled correctly and are mostly intelligent. You could get lost in a topic such as “What would happen to the internet if mankind disappeared?” It might get you to thinking about what the world would be like if the Library of Alexandria hadn’t perished.