What Users Want Most from Mobile Websites 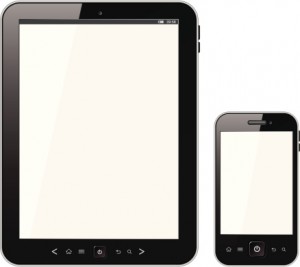 Many people with web design careers will need to optimize a website for mobile devices as these devices become more common. A creative talent agency looks for personnel who know what users want in a mobile website. Google conducted a survey in 2012 that provides two perspectives on mobile users, including the way they feel about mobile browsing and the things they actually want in a mobile website.

The Google survey showed that 96 percent of users with smartphones had browsed sites that weren’t optimized for mobile phones. Seventy-nine percent of these users also said they would look for a mobile site if they didn’t like the site they were currently on. Seventy-four percent of mobile users added that they were more likely to return to mobile-friendly sites in the future. Sixty-seven percent of users also said they were more likely to make a purchase if the site was mobile-friendly.

Seventy-eight percent of the users in the Google survey said they wanted to find what they were looking for with no more than two clicks. This is the same percentage who said they wanted a search bar that was easy to use. Seventy-six percent of these users wanted mobile sites that were a better fit for their smartphone screens, and this percentage of users also wanted mobile sites to provide the hours and location of the business.

Seventy-four percent of mobile users in the survey wanted to option for a non-mobile version of their sites, and this percentage also wanted mobile sites with a clean, efficient appearance. Seventy-three percent of these users wanted shorter forms with fewer fields, which requires less scrolling. This percentage of users also wanted mobile sites that allow them to easily save information for future reference.

Sixty-nine percent of these users wanted sites mobile sites with larger buttons to facilitate browsing. Sixty-four percent didn’t want the ability to scroll left and right because the horizontal scroll bar occupies space. Sixty-one percent wanted mobile sites to have a button that allows the user to call the business.