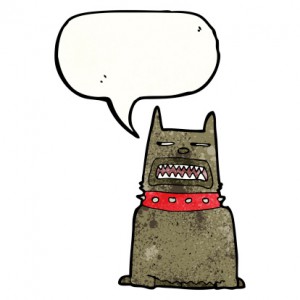 Social media for small business can help drive customers your way – or it can help drive them far away, depending on how you handle it. While one adage says that all publicity is good publicity, you may be wont to argue that one when you check out what happened to a Scottsdale, Arizona, eatery called Amy’s Baking Kitchen.

What Happened with Amy’s

Amy’s Baking Kitchen has suffered plenty of negative publicity over its social media gaffes, one that started over a bad review a disgruntled customer posted on Yelp and another that stemmed from their confrontational appearance on Gordon Ramsey’s Kitchen Nightmares show.

We covered details on the Kitchen Nightmares social media meltdown in our article One Brand’s Lessons on How Not to Run a Social Media Campaign. But we didn’t mention this wasn’t the first time the eatery’s owners Amy and Samy Bouzaglo enacted despicable tactics on social media.

The Yelp review that prompted Amy’s first social media meltdown accused the restaurant of serving up reheated pizza another patron initially ordered but didn’t want and using store-bought pizza dough instead of making it from scratch. The Phoenix New Times posted a copy of the review, in which the patron also mentioned he was ignored after he was asked if he enjoyed his pizza and he said no.

Amy’s social media account exploded in a firestorm with a series of posts that accused the patron of being a sent by a competitor to trash Amy’s reputation and calling all Internet posters “sh*ts.”

Amy’s postings following the Kitchen Nightmares episode were equally as horrendous, as were the owners’ actions in the aftermath of the tirades. The company tried to weasel out of the mess by saying someone had hacked into not only their Facebook account, but their Twitter, Yelp and website accounts as well. They claimed to be working with cops and FBI to get to the bottom of it, insisting ” We did not post those horrible things.”

Even if that were true, the entire scenario has left a mark no social media campaign may now be ever able to fix. The business managed to break at least eight social media etiquette guidelines, most of which stem from common sense.

Small businesses should never use social media to:

Damage control, not more damage creation, should be the next goal up if your small business is ever the target of widespread attack. Mashable.com reminds it’s also better to say nothing than to keep adding fodder to a hate-fueled fire.

Now no matter how delicious Amy’s pizza may ever be, the business will still leave many people with a very bad taste in their mouths. Contact us today to learn more.

Thank you for reading our article on social media meltdowns.

Ryn G is a freelance writer available on WriterAccess, a marketplace where clients and expert writers connect for assignments.